AUSTIN BROTHERS TIRE & SERVICE > OUR SHOP > ABOUT US

Purchasing a business during a global pandemic might not be a primary business instinct, but doing just that has worked out well for Nathan and Miranda Crawford, owners of the Little Rock location of Austin Brothers Tire and Service, 2801 Cantrell Road, Little Rock. 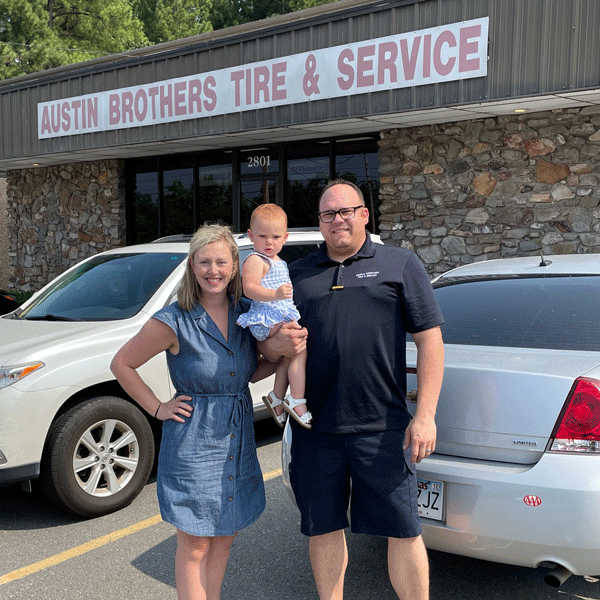 Nathan began working for Hugh Austin at Austin Brothers in early 2016. He enjoyed the job, which allowed him to do what he'd enjoyed since he was a child growing up on a farm near Morgan, Arkansas - work on stuff. Crawford was named manager in June 2016. The purchase of the location was official on January 1, 2021, and from his perspective, "The worst year ever rolled around. It probably won't get any worse."

The Crawfords are the third family to operate the store at 2801 Cantrell Road as a small family-owned business since 1974. Austin purchased the location from the Roberts family of Pine Bluff and operated the store until deciding to sell the Little Rock store to the Crawfords and focus on the Austin Brothers Tire and Service location in Conway.

Nathan is active in all aspects of the business, from helping as needed with service to administrative and managerial responsibilities. Miranda assists behind the scenes with administrative obligations while continuing her work with the State Crime Lab. The Crawfords have a daughter, Evelyn.